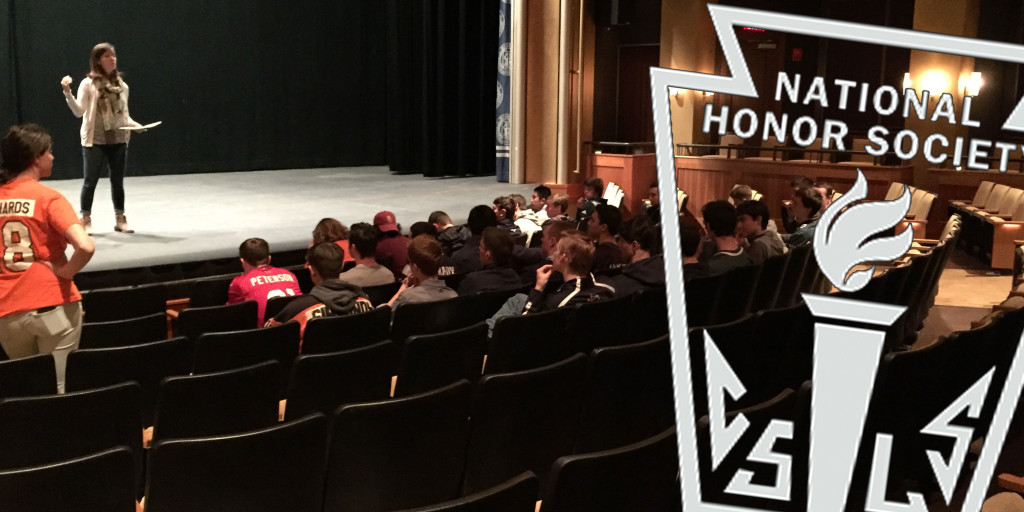 New moderators weigh in on the changes happening to Malvern’s National Honor Society.

The National Honor Society, founded on the 4 pillars of scholarship, service, character, and leadership, has undergone a series of changes in the past year.

The most significant change? New moderators.

The moderator slots for NHS were open coming into the 2015-2016 school year, with the resignation of English teacher and former moderator Mrs. Eileen Day.

Ms. Korin Folan and Ms. Ann Wuetig, members of Malvern’s Counseling Department, felt as though they are well equipped to assume the responsibility, to handle the change, and to propel the club in the right direction.

“I think the reason Ann and I jumped in was the fact that the spot hadn’t been filled yet,” Folan said. “We saw that the application deadline was approaching and thought it would be a good fit for us.”

Folan and Wuetig also feel as though their connection to the students through their roles as school counselors make them perfect candidates for the job.

“It wasn’t so much the position had to be filled,” Wuetig said. “But after we thought about it more, as counsellors it would be in our best interest to be in the role because we work so closely with the students and go over [the club’s] criteria all the time with them.”

Another change to NHS was the increase in GPA requirement from a 3.65 to a 3.85. This change was introduced last year, but this is the first school year in which it will be implemented.

“The 12th grade class still has the 3.65 requirement,” Folan said. “The junior class this year will be the first to experience the change in GPA and this change will be lasting.”

Mrs. Day made this change last year with Malvern’s support in order to truly emphasize the scholarship portion of the society.

In an attempt to drive home the service pillar of the society, the new moderators will be implementing two mandatory service activities. These will have to be outside of the Malvern Christian Service done on campus and service weekends.

“This will be a firm requirement,” Wuetig said. “We don’t want to let it slide.”

With this year’s changes, the new moderators have also eliminated the NHS homeroom.

“This way we are not competing with the other specialty homerooms,” Folan said. “We are doing Wednesday morning meetings from 7:45 to 8:15 instead so that we can have everybody present.”

The new moderators are also considering meetings during Community Time during the spring.

“Every so often on a Friday we would like to see the NHS members and possibly student council lead a community time assembly to feature parts of the school,” Wuetig said. “For example, perhaps the spring play crew could have some time to show a segment of their performance or robotics could show off their latest creation. It would be a way to better highlight what the school is up to.”

Another goal Wuetig and Folan have in mind is to make the society as student-run as possible.

“We are having the leaders of NHS take ownership over the four pillars,” said Folan. “They are going to be the ones holding their fellow society members accountable for following all four: scholarship, service, character, and leadership.”