Following the money of the service trips 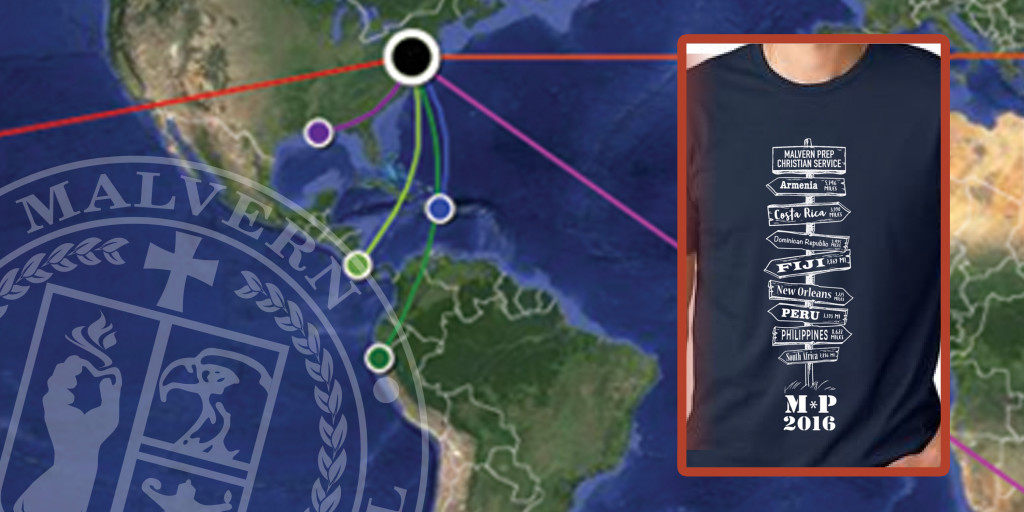 How are service trips being funded?

Senior Christian Service trip costs are not cheap. The full cost per student ranges from $2,000 to $4,000, according to Director of Christian Service Mr. Larry Legner. Half of the cost is paid by Malvern and the other must come from the students themselves.

Raising money allows the students to experience what it is like to have to ask for everything and tolerate the response of “no”.

Every summer, going into their senior year, students are required to go on an extensive service trip to a location with people in need. On this service trip, students do a variety of service ranging from building houses to teaching and accompanying children. This year, trip locations include the Dominican Republic, the Philippines, Peru, South Africa, Costa Rica, Armenia, and New Orleans. A unique requirement to this service opportunity is that students must raise half of the cost of the trip on their own.

“Raising money [on their own] allows the boys to experience how it feels to ask for everything,” said Mr. Larry Legner, Director of Christian Service. “We are not even asking for ourselves, we are asking for money to help other people in need, so we can’t even put ourselves in their shoes.”

The overseas Christian Service program started ten years ago with a trip to Peru. The program had no money, and according to Legner, it was too much to have every boy pay the full cost. Mr. Legner said he solicited corporate donors for donations up to as much as $20,000.

According to Legner, the Christian Service endowment is now about $2.5 million. For the service trips, only interest on the endowment covers the rest of the money that the boys are not required to raise.

In order to raise money, students have done a variety of different activities. Fundraising efforts include creating and selling t-shirts, speaking at church, asking family members, and using money earned through summer work.

A new way of fundraising that has emerged is the use of gofundme.com.

Malvern Prep junior Mac Updike used GoFundMe in order to raise money for his trip to South Africa. “I felt like it was the easiest way to get money from other people,” Updike said. “Especially if they lived far away and I could not directly contact them.”

However, Updike was only able to raise a little under half of his $2,000 goal.

Junior Justin Titchenell also used GoFundMe to raise his money. “I was able to raise $800 out of my $1,200 requirement for my trip,” Titchenell said. “All I had to do was set up an account and share it on Facebook, and my dad shared it with his work friends.”

While Updike and Titchenell used the new convenient outlet for fundraising, junior Rudy Gabriel went the creative route. Gabriel created t-shirts to sell in order to raise money for his trip. Gabriel, who is going to Costa Rica, decided to sell shirts because he did not want to ask for money from his family, and because senior Tait McGlinn was successful the year before.

Gabriel, who has raised about half of his requirement of $1,500, is still working toward his goal.

“It was not as successful as I had hoped,” Gabriel said. “I had a hard time making the money back I had originally put down on the shirts.”

Rudy is still selling his original shirts for fifteen dollars. The design includes all of the service trip locations as a picket fence sign.

Junior Jack Carpenter went a more traditional route for fundraising. Carpenter was able to raise money for his service trip by asking family members for donations. He repaid his donors through thanks and small favors such as plowing snow.

However, fundraising is just the first part of the experience.

“Guys come back changed. They get that they’re blessed, and that it’s their responsibility to help these people in need. They may never go back, but they may do something to help serve people in the future,” Legner said. “When we go out, we don’t change the world. However, we change our boys who can change the world 10, 20, or 30 years from now.